Sydonia von Borck is one of the most popular figures in the history of Szczecin. Its history inspires authors, fascinates researchers and intrigues lovers of the mysteries of the past. Who was she? Join the group of enthusiasts of this extraordinary figure and get to know her better on the 400th anniversary of her death! The Pomeranian Dukes' Castle prepared a series of interesting events for this occasion.
Sydonia von Borck (born 1548) came from a distinguished Pomeranian family with knightly traditions and was famous for her great beauty. While she served at the Saxon court, Prince Ernest Ludwik fell in love with her, but this love was not fulfilled in a marriage. She did not accept the Pomeranian Countess as a candidate for Ernest's wife and the couple had to part. It was this sad story that became the source of a legend that continues to this day - the unhappy Sydonia was to curse the Griffins and predict that their family would expire within half a century. The following years also did not bring peace to Sydonia. As a result of numerous conflicts and turmoil, she was deprived of the family property, for which she later fought in court trials. She did not have a house of her own - she often changed her place of residence, and she also lost her possessions twice as a result of fires. She was in financial trouble, and despite numerous engagements, she never got married. With age, she became more and more aggressive and conflicting, which made the environment very negative towards her. She began to surround herself with animals and to engage in herbal medicine, which in the past centuries was equated with the activity of witches. In the end, she was accused of witchcraft and cursing the Griffins, which was considered a political crime and ultimately sealed her fate. Sydonia had no chance to defend herself. Numerous witnesses testified against her, and she was tortured and finally pleaded guilty. As a noblewoman, she was sentenced to death by beheading with a sword. The execution took place on August 19, 1620, outside the walls of Szczecin, in the vicinity of today's Staromłyńska Street. The alleged witch's body was then burned at the stake. Interestingly, a dozen or so years later, the last ruler of the Gryfit dynasty, Bogusław XIV, died childless - this made the legend of Sidonia revive, arousing terror and fascination until today. Admit it, this tragic story ignites the imagination and it cannot be forgotten! This year, on the occasion of the 400th anniversary of the cruel death of a noblewoman, our partner, the Pomeranian Dukes' Castle, organized a fantastic series of events commemorating her. Thanks to them, we will not only get to know this character better, but also the realities of the epoch in which she lived and died. We highly recommend it! If you want to learn more and get to know interesting places in Szczecin, check out our guide. You certainly won't miss anything worth noting! 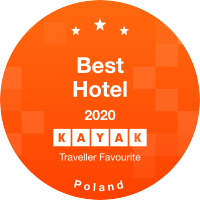